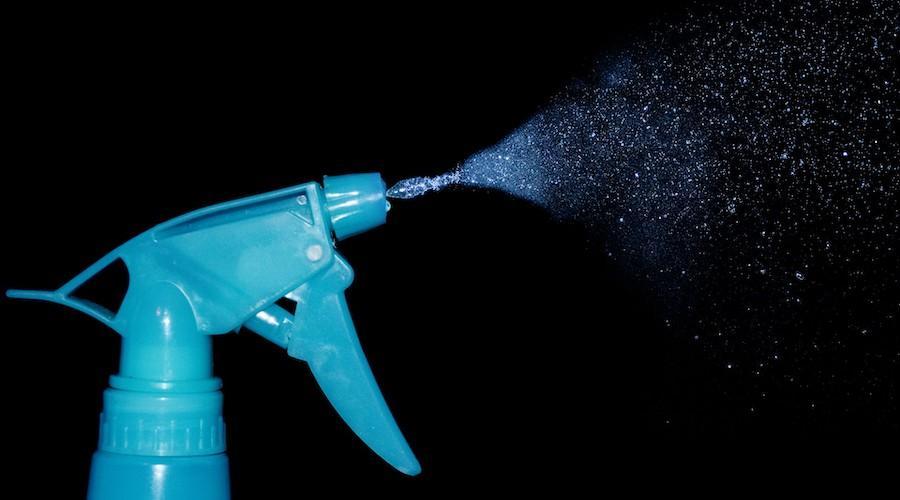 Researchers at the University of Central Florida are using an engineered nanostructure called cerium oxide modified with small amounts of silver to produce a disinfectant that can continuously kill viruses on a surface for up to seven days.

Cerium oxide is known for its regenerative antioxidant properties. Thus, this development could be a powerful weapon against covid-19 and other emerging pathogenic viruses.

The disinfectant is being created at UCF in partnership with Kismet Technologies, whose founder, Christina Drake, said she was inspired to develop it after seeing a worker at a grocery store spraying disinfectant on a refrigerator handle, then wiping off the spray immediately.

“Initially, my thought was to develop a fast-acting disinfectant,” Drake said in a media statement. “But we spoke to consumers — like doctors and dentists — to find out what they really wanted from a disinfectant. What mattered the most to them was something long-lasting that would continue to disinfect high-touch areas like door handles and floors long after application.”

The cerium oxide nano-particle engineered disinfectant she came up with together with a team at UCF, is already potent but its properties increase with the added traces of silver.

“It works both chemically and mechanically,” said Sudipta Seal, nanosciences expert and co-author of the study. “The nanoparticles emit electrons that oxidize the virus, rendering it inactive. Mechanically, they also attach themselves to the virus and rupture the surface almost like popping a balloon.”

According to Seal and Drake, most disinfecting wipes or sprays will disinfect a surface within three to six minutes of application but have no residual effects. This means surfaces need to be wiped down repeatedly to stay clean. The nanoparticle formulation, however, maintains its ability to inactivate microbes and continues to disinfect a surface for up to seven days after a single application.

In its present formulation, the disinfectant has shown antiviral activity against seven different viruses, including coronavirus and rhinovirus. It also proved effective against a wide range of other viruses with different structures and complexities which — the researchers say — may make it a highly effective tool against other new emerging viruses.

To make this final step, the team is in talks with a local hospital network in whose facilities they would like to test the product.