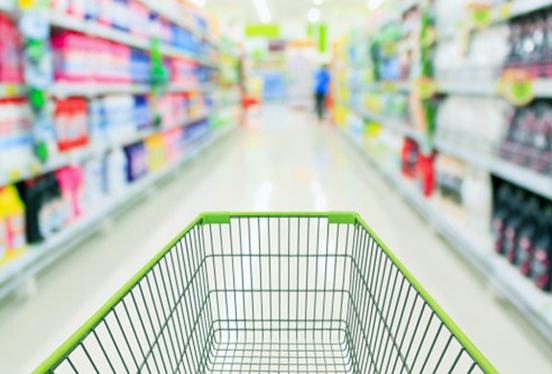 When it comes to shopping online or shopping in person at a grocery store, U.S. consumers overwhelmingly say they’d rather eyeball their food personally and thump their own cantaloupes, according to a survey by Vixxo, a facility management company in Scottsdale, Arizona.

After asking 1,260 American grocery shoppers their preferences, Vixxo found that an overwhelming 87 percent prefer to shop in person. And age had nothing to do with this as nearly all baby boomers – 96 percent – and a massive amount of millennials  – 81 percent – saying that they prefer going to the store.

Statistics showing the number of online vs. in-store shoppers are hard to come by. According to the U.S. Department of Agriculture, the nation’s 118,812 traditional food stores sold $648 billion of retail food and nonfood products in 2016. As for online purchases, according to a survey earlier this year by advisory firm Brick Meets Click, the online share of total grocery shopping in 2018 was expected to be 5.5 percent.

But for those who wish to continue pushing a cart rather than just choosing items from a screen, the reason they do it? It’s all tactile. Eighty-four percent of those polled by Vixxo said they like to be able to inspect and choose items themselves and not rely on a grocery picker. Critical to the buying decision was the freshness of the items, with 43 percent of shoppers demanding that their prepared foods be freshly made, according to the survey.

The social aspect of grocery shopping was a major factor for millennials, who were found to be three times more likely than other age groups to say they enjoy the social interaction.

Vixxo also found that just 14 percent of those polled were loyal to one store, with 45 percent saying they shopped at three or more stores in an average month.

Sixty percent said they just like the ambience and experience of shopping in actual non-VR (virtual reality) stores.

“A key takeaway for grocery retailers is that effective facilities management impacts the customer experience. A well-maintained store can keep them coming back for more,” Vixxo’s Chief Client Officer Warren Weller said. “In other words, assets matter. Maintaining and optimizing assets like food production equipment, lighting, digital signage and refrigeration is essential to delivering an exceptional customer experience.”