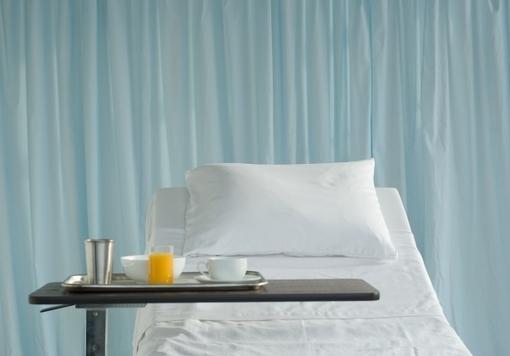 How food systems in the public sector can lead the way in being environmentally, socially and financially sustainable – RSA

Improving health and well-being, reducing financial and environmental cost, and enhancing reputation simultaneously seems too good to be true. Not only is that exactly what a quiet revolution in Nottingham has achieved in the last 15 years, but it is what we all need to do, personally, organisationally and globally. It is fitting and exemplary that this outstanding achievement has happened with the NHS taking a lead in the English Midlands.

The two acute hospitals in Nottingham together make up one of the largest NHS Trusts in the NHS, and although more patients are being treated in a community setting year by year, the hospitals still have 1,600 – 1,700 in-patient beds; and that translates into nearly 2 million meals per year.

Rather than accepting the only way to do this is to outsource those needs and have diesel lorries delivering heavily wrapped and prepared meals 6 times a week from across the country, the Trust developed its own in house catering, coffee shop and restaurant services across the two sites.  The main dishes were again supplied from within the hospital by NHS employees thereby reducing the number of staff required to produce meals for the patients on the ward; and staff and visitors in the hospital restaurant thereby increasing profitability and income for the Trust.  This not only saved money but actually generated income, off-setting some of the inevitable costs of transition and procurement of higher quality local produce such as organic milk.  Moreover the cost remained below the national average suggesting that quality can be improved without necessarily excessive costs. Even when some food services passed into the hands of private contractors, the patient food standards survived the transition as the in-house team were determined to ensure they were part of the contract.  Another example of the importance of attention to detail, and the locking in of high standards in contracts and business models – perhaps a lesson for Brexit there?

This involved engaging and empowering the local food and farming economy to make it easier for them to supply the hospital system; this in turn involved the hospital menus being seasonal – with which patients seemed entirely happy.

But equally importantly, it has demonstrated the wider value of public institutions (socially and economically) rather than their activities being purely framed as a cost to the public purse.  This is in line with the equally inspiring initiatives in other health systems around the world, such as the Democracy Collaborative’s projects where hospitals in American cities have been helping to build healthier communities, embracing the so-called “Anchor Mission”.[1]

This is an amazing journey which provided staff, patients and visitors at both the City Hospital and Queens Medical Centre in Nottingham with a guarantee that the food they are eating is prepared with fresh ingredients.

Impressively, their progress and benefits were measured and monitored and reported upon: 77% of all raw ingredients comes from local providers. Meat, fresh produce, bakery products and milk are sourced locally, ensuring security for local suppliers and helping the local economy. Switching to local suppliers ended up being cost neutral and has allowed the Trust to invest £2m per year in local sustainable businesses, with a target of £22m over the decade.

This progress has been recognised by numerous awards over the years, particularly the Soil Association’s Gold “Food for Life” Catering Mark, which recognises food providers who prepare meals which meet high standards of traceability, freshness and provenance. The Gold Catering Mark means that at least 15% of total ingredient spend is on organic ingredients, and that menus make use of ingredients produced locally and in the UK.  Sourcing organic and free range produce also provides environmental benefits and ensures the highest possible standards of animal welfare.  There were inevitably cost implications of these changes, but the team worked hard to mitigate these increases. For example; the cost increases of using organic milk have been offset by a new system to reduce food waste.

The role of leadership at every level has been imperative.  The scheme was masterminded by one of the Catering team, John Hughes, but given high level support by the CEO.  The ultimate accolade, appropriately came from a patient, via a relative:  “Just thought I would share with you my father in law’s comments about the food he had whilst an inpatient. He was very impressed with the food and thoroughly enjoyed it, especially the leek soup. He thought your steak and kidney pie was very tasty. He likes good honest home cooked food, so he was very impressed. Well done.”

So a large public sector organisation not only can but SHOULD improve the economy, the environment and the health and well-being of everyone.  Nottingham has demonstrated this is possible.  The kitchen alone protected 120 jobs and create 20 new jobs.  Before this project got underway, for every £100 spent on food £5 stayed in the regional economy; now, for every £100 spent on food over £50 stays in the regional economy. The local economy benefited, The environment benefited, and the hospital’s’ example and reputation were enhanced.  If the NHS can do this, we can all improve health, food and farming through such ambition, leadership and delivery.